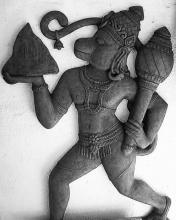 The conditions of men and women change considerably across the broad span of one’s life. Most of the changes are similar when considering the broad scope of human physical, emotional, and mental development from early childhood to the latest moments of life. Yet along the way there are several factors that bring us to give the conditions of women in yoga special consideration in crafting yoga sequences.

While there is no question that the onset of puberty is very significant in boys, the changes in boys pale in comparison with the hormonal and larger physical and physiological changes experienced by girls with menarche (the onset of menstruation) and the cyclical recurrence of menstruation until menopause. While sharing in the experience of pregnancy and childbirth can be very significant to men, this experience pales even more in contrast to the experience of being pregnant, giving birth, breast-feeding, and healing in the postpartum period. And while men often have a variety of emotional and physical challenges in midlife, the hormonal changes that occur with menopause can greatly amplify the sense of dramatic change that signifies moving into a new phase of life.

Until the late twentieth century most writings on yoga practice did not differentiate between men and women primarily because yoga was largely the province of men (and mostly men of the upper castes in India’s hierarchical social system). Indeed, across the broad span of yoga history, women were largely excluded from yoga, reflecting the “oppressive social and cultural context out of which the yoga tradition arose” in India, particularly during the Brahmanic period in which women, as Janice Gates reminds us in her wonderful book Yogini, were defined as “impure” and thus pronounced by male yoga gurus as being ill-fit for the spiritually enlightening practices of yoga. It is only much later that, with the development of yoga in the West, we begin to find specific guidance that addresses the special needs and conditions of women in yoga, albeit still often adhering to age-old patriarchal and sexist assumptions about women.

Even when not sexist, we find that many of the yoga practice prescriptions for women—often given by women—are based less on science than anecdotal assumption, superstition, or unfounded supposition that is repeatedly passed from teacher to student. For example, in the leading book on yoga for women, Yoga: A Gem for Women (1995), Geeta Iyengar reiterates her father’s admonition against doing yoga during menstruation, as follows: “During the monthly period (48–72 hours) complete rest is advisable. Asanas should not be practiced… Normal practice may be resumed from the fourth or fifth day.”

She goes on to say that a few forward bends may be done during menstruation to reduce tension. More recently, in The Women’s Book of Yoga: Asana and Pranayama for All Phases of the Menstrual Cycle (2007), Bobby Clennell allows certain practices during the menstrual cycle while following the teachings on B. K. S. Iyengar, Geeta Iyengar, and other leading teachers in making this questionable assertion regarding the relationship between inversion and menstruation:
If the body is turned upside down, this process [of menstrual discharge] is disturbed and may force the menstrual flow back up into the menstrual cavity and up through the fallopian tubes, causing the uterus to perform an adapted function instead of its normal function… Since the menstrual process is one of discharge, it is a commonsense precaution to avoid these poses. Do not practice any inversions until the menstrual flow has completely stopped.

This is now a “commonsense” notion in the yoga community if only because it has been repeated mutatis mutandis, ad nauseam for the past two generations. Yet menstrual discharge is no more affected by one’s relationship to gravity than the passage of food or water through the body. Try swallowing a mouthful of water when in Adho Mukha Svanasana (Downward-Facing Dog Pose) or Sirsasana (Headstand); does the water stay in your mouth, flood your sinuses, or move through your throat and into your stomach? As the NASA Medical Division has confirmed through studies of women in zero gravity environments, medical science in general has established that menstrual egress is caused by intrauterine and intra-vaginal pressure along with the peristaltic action of muscles, which are not measurably influenced by gravity. This is also why four-legged females have no problem with healthy menstrual flow despite not having a vertical orientation to gravity, and why a menstruating woman will flow just as normally whether sleeping on her belly or back despite her uterus and vagina being turned in opposite relation to gravity.

We use this as one example of misinformation becoming urban yoga myth and then parading as fact in informing yoga sequences for women and others. Whether, how, or to what degree this and other fallacies are rooted in patriarchal or sexist assumptions would make for an interesting study that is far beyond the scope and purpose of this book. Rather, for our purposes, it points to the value of always asking “why” or “why not” when told that something must not be done or must be done only in a certain way or at a certain time. Whether the various admonitions about women in yoga (indeed, about everyone in yoga) are valid deserves to be studied, discussed, and ultimately considered through one’s personal yoga experience. It is with these sensibilities—evidence combined with shared understanding and experience— that women (and men) ideally make decisions for what to do or not do in their personal yoga practice throughout the larger cycle of life. In advising students on the question of menstruation and inversion, longtime yoga teacher Barbara Benagh (2003) says that since “no studies or research make a compelling argument to avoid inversions during menstruation, and since menstruation affects each woman differently and can vary from cycle to cycle, I am of the opinion that each woman is responsible for her own decision.”

Just as each student comes to the practice in a unique way, women experience their menstrual cycle in different ways. For some women, menstruation is simple and easy, while for others it can be painful and distressing. As discussed above, most of the literature on yoga for women advises a highly modified practice emphasizing basic restorative poses, no inversions, or no practice at all. Yet many active yoga students maintain their regular practice while menstruating—including doing inversions—across the span of decades with no signs of ill effects. This suggests that the best guide to practice when menstruating is each student’s personal experience and intuition. The basic question to ask is, “How do I feel?” It is entirely possible that cramps, bloating, fatigue, or other discomfort will be present, indicating a relaxing practice that helps to reduce pressure in the uterus and abdomen, as described in Chapter 10 of Yoga Sequencing: Designing Transformational Yoga Classes.