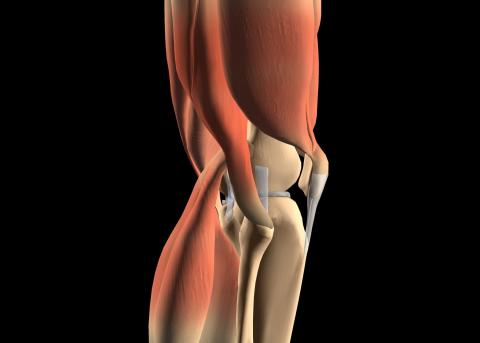 I'm intrigued and concerned that in a yoga world in which truth ("satya") is widely considered a supreme moral principal there is widespread acceptance or tolerance of falsity, or what in Trumpian language might be called "alternative facts." Why do so many otherwise intelligent and rational people subscribe to ideas or theories that have long ago been proven wrong?! The concept of nadis, which I've explained in detail in some of my books, is from pure speculation, with some writers asserting that the culturally agreed upon number of 72,000 is somehow "correct." Similarly, we have the theory of humours, without which most of Ayurveda and the concept of the gunas loose their foundation...humours being concepts for explaining the basic building blocks of life forms (and other forms) that were disproven in early post-Renaissance physics.

The scientific method claims to approach health and healing with empirical evidence and a rational understanding of the human bodymind. In contrast to relatively unchanging methods of magico-religious, faith-based, and folk approaches to healing, modern medicine attempts to build and organize medical insight in the form of replicable and verifiable explanations and predictions, seeking understanding based on facts rather than belief. Applying sciences such as anatomy, biochemistry, epidemiology, immunology, neuroscience, pathology, and toxicology to understanding disease, trauma, and healing, the scientific understanding of the human body rests upon systematic research in accordance logical principles of reasoning, gradually building a storehouse of reliable methods and techniques for practical application.

The very sound of this can be deafening to those who believe in the power and efficacy of approaches such as naturopathy and faith-based healing that generally eschew methodical science in favor of congruence with spiritual faith or philosophical beliefs such as vitalism. As medical anthropology shows us, ancient medicine – including animism’s spirited objects and spiritualism’s appeal to deities – not only makes a certain sense in various social, cultural, and historical contexts, but can offer insights into the integration of traditional and scientific approaches. Even with tremendous advances in medical science, there is still an art to healing, for at least two reasons: first, there is always an element of human sensitivity or intuition in every aspect of human experience and communication; and second, the historical development of medical science arose from and retains many elements of traditional and intuitive medical arts. Put differently, the subjective or personal dimension of experience and insight on the part of both healer or physician and patient matters, with the artful ways of the doctor, therapist, or care-receiver often of great significance.

This point gains favor when we appreciate the etymology of the word medicine and the historical development of the medical sciences. The term medicine comes into English from the Latin medeor, meaning “heal” or “cure,” its adjective medicus, “healing” or “curative,” later found in the expression ars medicina, “the art of healing.” In the Egyptian Imhotep’s 3rd century BCE medical treatise, the likely source of the Edwin Smith Papyrus, we find a commitment to systematic anatomical, physiological, and pathological observation along with hieratic – priestly – admonition and guidance. As we saw earlier, the ayurvedic surgeon Sushruta gave us detailed surgical procedures while embracing a mystical understanding of life and retaining many aspects of magico-religious technique. Even with Hippocrates, perhaps first among the so-called fathers (sic) of medicine, we find a rational approach, yet his now ubiquitous oath was then sworn on several gods. Galen, the highly accomplished Greek medical researcher and physician, who while opposing the Stoics in insisting upon the unity of bodymind, was himself inspired to go into medicine rather than politics based on his father’s dream that the god Aesculapius commanded so.

The mystical persists, sometimes with reason.